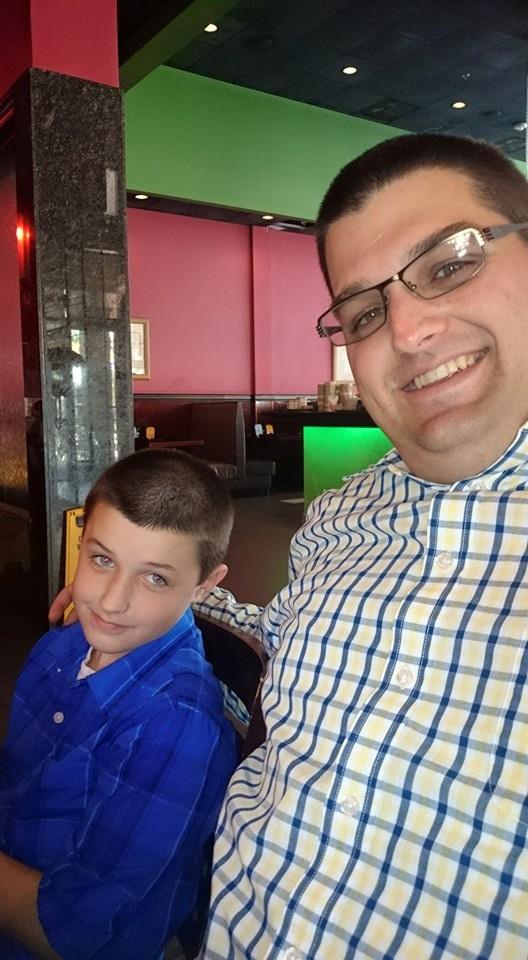 My son races past my wife and I, his sister, and the another person walking towards the restaurant, grabs the door at Chick-Fil-A, and pulls it open with all his strength. He turns and smiles at the man walking towards the building, head tilted slightly down but eyes panned up, looking at him through the tops of his eye sockets. The man reaches for the door and offers to let my son, Ethan, go on through.

“No thank you, sir. I want to hold the door for you,” Ethan responds. The man looks at my son quizzically for a moment and then walks on in, head down, his gaze returning to his phone screen. As my wife and I approach the door, he looks up at me with an expression that parents know well. It’s the look on your child’s when they believe that they have done something right and done it well; the look that begs for your approval and adulation.

I look at my son and nod with a smile. My wife also nods her head in approval and thanks him as his big sister tells him that what he did was sweet. After letting him hold the door for his mother and sister, I reach out and place my hand on the door and usher him on in . He hesitantly allows me to take the door from him. As we walk in, I see an older gentleman sitting at a booth by himself. He nods to me and gives me a thumbs up then places his hand on his heart.

He quietly says to me, “Nice work, Dad. Raising gentlemen is rare in this world anymore.” He then smiles at my son and gives him a thumbs up and quietly leaves the restaurant. We begin placing our order and my son waits to hear what drink I am getting and promptly orders the same thing. Dr. Pepper, of course.

Another day I am getting home from a long day at work, due to meetings, vendor issues, deadlines, and more, and my son meets me at the door. He slaps his foot down proudly next to mine when I am barely through the door and triumphantly declares that it is almost a perfect match. He got new tennis shoes that day and my wife let me know that he looked and looked to find some that look just like Daddy’s. When we head to church the next morning he wants to wear his blue fishing shirt that matches the one I am wearing exactly and he proudly struts across the front of the building next to me. As we drop him off for Children’s Church, the first thing he tells his friend, Aaron, is that his shirt matches mine. When he showers at night, he has to shower in my bathroom for no reason other than it is where my soap is at so he can smell just like I do when he gets out of the shower. I smelled it on him when I bent down to kiss his forehead for bedtime the other night. It made me chuckle before the tear formed in the corner of my eye.

My daughter does many of the same types of things – closely mimicking the actions and behaviors of her mother at times. She loves to cook like her mother does, she doesn’t mind helping clean up most of the time, she has a gift for hospitality, and both of my children will gladly give up things of their own if it means another person will be happier or more comfortable. Today, my wife and I are both at work and the young lady that watches our kids for us occasionally sent me a text to let me know that the following conversation had occurred:

Ethan: “Poopy is not a good word to say Kari.”

Emma: “Neither is Donald Trump.”

They hear everything we say, they see everything we do, and they will emulate what we do quicker and easier than they will the things we tell them to do. When we tell them how to behave or act, they still have to figure out what it looks like to do that certain thing on their own, not having seen it played out. On the other hand, the things they see us do are easier for them to copy since they see it played out and know what it looks and sounds like from watching us.

The reason I teared up when I smelled my soap on my son: As I reflected on all of these other instances I spoke of earlier in this post (and many more I didn’t), I had a brief moment where I asked myself if I am anywhere close to the man my son thinks I am. Am I worth emulating? Are my actions showing him what a good man looks and acts like? Do I love his mother and sister in a way that shows him the right, godly manner in which he should love his future bride and children?

I see some traits in my son that I want to help him with, things that I have struggled with in my own life. Rage and anger issues are something that run in my family, and I do not want to see my son struggle with them as he grows up. I learned from trial and error, from failing and watching others struggle with it. Now that I am older, I see my son struggling with that, and I want to help him before he hurts the way I did as I struggled through it. My daughter wants to make everyone around her happier, and she wants people to like her. Sometimes those desires cause her to say things that are not true, though. I want to help her with that so that she does not struggle with deception as she grows up.

The biggest lesson we should take from these experiences is that the way we live our lives, the actions that we do throughout our days and weeks, the way we treat and talk about others, will likely do just as much in shaping who our children will be as the words we speak to them will. Probably even more. The children that we are raising, or will raise, are the future of our country and our faith…. Let’s make sure the words we speak are supported by our actions as well.