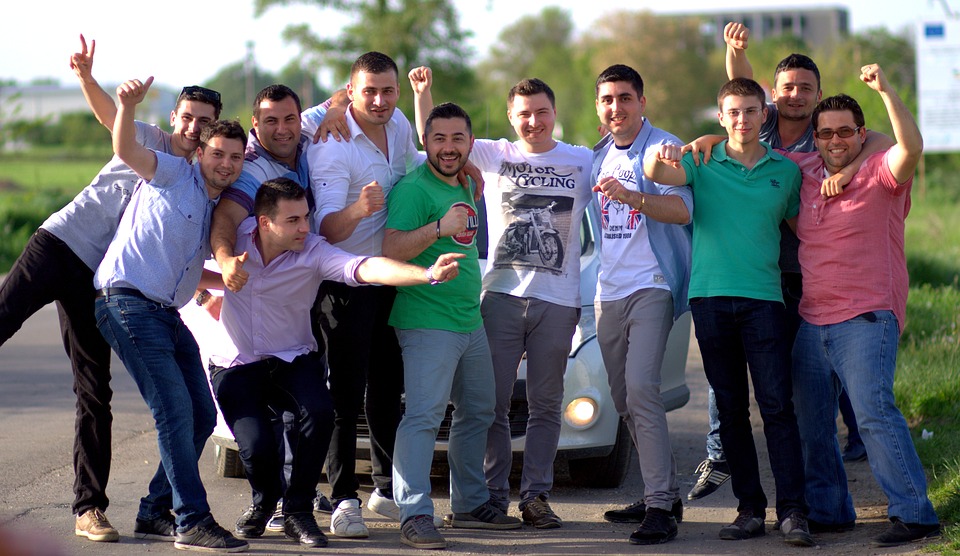 “And if one can overpower him who is alone, two can resist him. A cord of three strands is not quickly torn apart.”

In America, we are constantly reminded that there is no “I” in team and that a community is stronger than an individual. Even so, why are Americans (and specifically men) so focused on going it alone, being independent to a fault, egocentric, and self-sufficient? Our movies are dominated by independent James Deans and John Waynes, but our real-world accomplishments were made through perseverance by teams, companies, armies, families, fraternities, and brotherhoods. Why do we focus on the individual and not the whole when it comes to accomplishment when evidence and common sense cries to the contrary?

We could spend all day debating how we achieved our independence from a greater power; how it’s up to the individual to become successful; how you can only trust yourself. How about instead we discuss what the Bible has to say about it? In fact, how does the Bible show us how we, as men, should approach individualism versus teamwork?

No man is an island, entire of itself; every man is a piece of the continent.

We could discuss how Jesus surrounded Himself with His disciples, except that was a different form of relationship; that was God teaching man not working with man. Paul is actually a better example of how men should approach life, as well as ministry, in terms of self and teamwork. Certainly we’ve all heard sermons about this, but let’s extrapolate on them. As men we should surround ourselves with several different men and groups. In those sermons you’ve probably heard them described as Paul, Timothy, and Barnabas. But you should also have one more group of people, they are the ones in most need. I call them fishes. 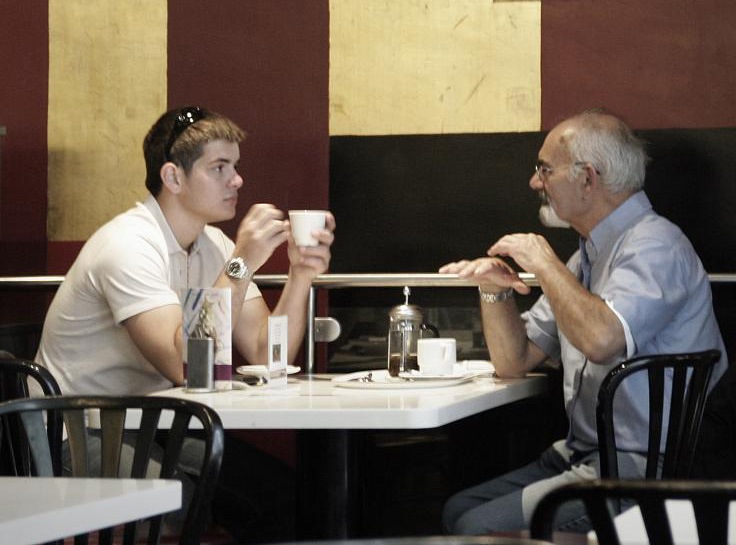 So who are these different people or groups of people? Well first and foremost, every Christian man should have a Paul in their life. In other words, someone who knows more than you. Someone who has experienced more than you. Your very own, personal Obi-Wan Kenobi, Yoda, Miyagi, Gandalf, Dumbledore. He should be more mature than you, not necessarily older, but has been around the block enough to have learned significant life lessons and have an understanding of how God works through those events and lessons. You should be comfortable enough with him to go to him with questions, and he should answer them in a way that builds you up, gives you confidence, and helps you feel encouraged. He should also know when to tell you when something is a bad idea without trying to force you to desist (unless it’s something that will bring harm to another person or is illegal). He does not have to be a friend or father figure, but he must be someone you respect.

You should also have friends, though. Colleagues, or as in this case, a Barnabas. At least one, but more than one are preferable. They should be believers. You need a group of guys to do life with. These are the guys you go to movies with, go fishing or hunting with, feed the poor with, and build a shed with. It’s not the best example (modern media does not do this group justice) but think of Hank Hill and his crew hanging out in the street, talking about stuff on King of the Hill. They should also be there when you need them and vice versa. If one of you is sick, the other guys offer to help. If you are the guy in need, you owe it to your brothers to tell them you need help and then accept their help. Have you ever truly offered someone help when you know they absolutely needed it and they still turn you down? Annoying right? This group is so misunderstood in our society. Modern media does not do this group justice because men are supposed to be self-sufficient. But if that’s all that the next generation sees of brotherhood, what then?

In union there is strength.

So what about your relationship with the next generation? Where do you think your mentor came from or where he got it? Now it’s your turn. You should also be pouring your life experiences and lessons into someone else, i.e. your Timothy. What does that look like? Reread the paragraph about your Paul from the perspective as you in the role of Paul for someone else. As mentioned before, you need to be patient and loving. Bear in mind the difficulties you’ve faced, how you felt, but also remember that they might feel completely different than how you felt. Don’t ever take this task likely. You have been given a huge responsibility, but remember that it is also a great blessing and gift. It should be part of your mission to help the next generation. But there is another part of the mission that is even more important:

We are to surround ourselves with those who don’t believe, and we must also 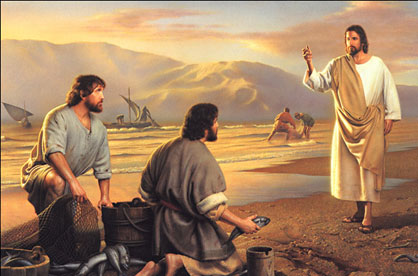 be willing to guide those who have lost their way but are looking to return. Be friends with people who don’t agree with you; those who need saving. We are to be fishers of men (Matt 4:19, Mark 1:17). How can we fish for men if we don’t cast nets? Christ Himself was surrounded by sinners in need of a savior; people who were living apart from God and in need of a bridge to Him. We aren’t that bridge, Jesus is. But we are to direct people to Him. We can’t direct those in need if we aren’t anywhere near them. How you go about that is a different topic entirely. I just encourage you to have friends who aren’t believers alongside those who are. Those who enjoy hanging out with you, and who you can share the Gospel with. After all, they too have grown up in our independent, egocentric society.

So don’t go it alone. Have your team. Your band of brothers. The guys you know you can depend on as well as the brothers who know they can depend on you. When the chips are down, you’ll need them. When life is good, you’ll want them around. Don’t forget those in need, those who don’t know Christ, and those who have turned their back on our Savior. We have a duty to one another and a mission out in the world.

We should have a godly man we look up to and look to for guidance. There should also be one or more guys we can live life with. Our life experiences and lessons shouldn’t go to waste. They can actually help someone else in their walk.