EDC: An Introduction to Everyday Carry

Everyday Carry, or EDC, is literally the entirety of the items any individual carries with them every day. EDC is also the mentality of what, and why, one carries what they do. In the first sense, everyone has an EDC. My oldest daughter’s EDC would be her purse, some lip balm and her mom’s last iPhone as a hand-me-down/starter phone. At the opposite end of the spectrum, a 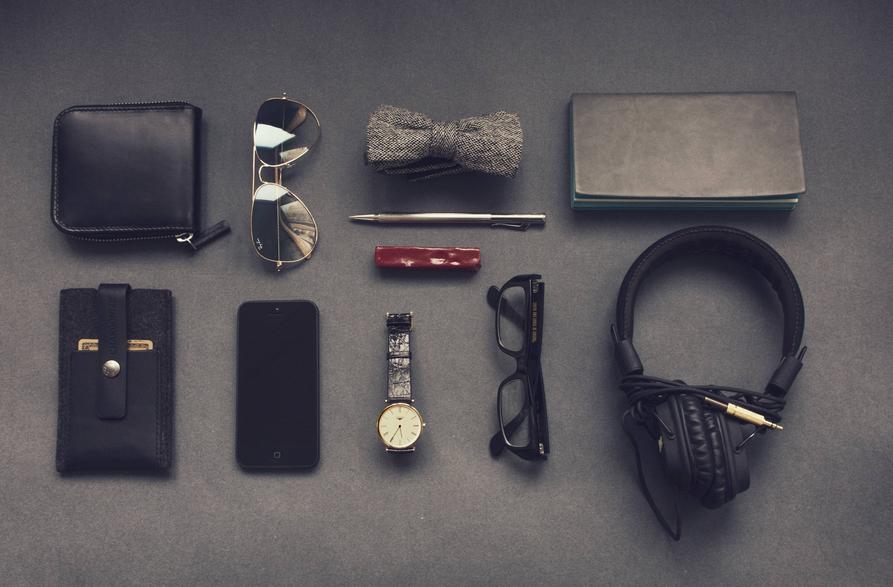 An example of Everyday Carry

modern infantryman’s loadout can weigh up to seventy-two pounds. The second sense, the philosophy of EDC, is the point of this article. The philosophy of EDC is a balance of always being prepared and lugging around an excessive amount of gear.

The Latin phrase – and motto of the United States Coast Guard – Semper Paratus means “always prepared”, perhaps the better-known motto of the Scouts is “be prepared” and that is the driving force behind the EDC community. The EDC community ranges from various blogs, forums and groups, and is more than a  collection of meticulously placed expensive folding knifes and watches and other accouterments. The Community discusses the tools they carry as well as things like which ones are more versatile and durable. Which flashlight is best for common usage, regardless of price. Why pocket knives are more practical than punch knives, even if the latter look more “tacti-cool”. If the mentality of EDC is being efficiently prepared, the EDC community stresses the “efficiently”, working to streamline away from the unnecessary and the redundant.

What does EDC consist of?

The items can vary based on the person, their job, their location, and a multitude of other variables. Personally, my EDC changes whether I am at my primary job at an office, my second job as an EMT, or volunteering as a Firefighter. The one constant in our modern day is probably cell phone, more than likely the smartphone. Many people still wear a wristwatch almost always, but not all do. Most adult men carry a wallet, maybe a money clip, but again not all do. People in colder climates might have a jacket or layers as part of their EDC, same thing for someone in Seattle or London and an umbrella. Here are a few staples for everyday carry:

–Watch – whether it’s a $10 Timex, a Hublot King or one of the various smart watches that are becoming ever popular. Having the time readily available can be ineffably beneficial.

–Wallet – because even if you use Apple Pay for everything, where do you keep your Drivers’, hunting and fishing licenses?

–Cell phone / smart phone – There are still a few stragglers that hold on to their flip phones. Despite all proclivity to not be too dependent on cell phones, smart phones can have a lot of uses.

–Keys – You may have never thought about your keys as a tool, but they absolutely are.

–Pocket Knife – “Just in case there’s cheesecake, or you need to stab someone in the throat”

-A Concealed Carry Weapon – While a pocket knife genuinely has a myriad of uses, a CCW only has one. This particular item isn’t carried by everyone in the EDC community, but it is popular.

Every item in someone’s everyday carry is either a tool or a trinket. Challenge coins, fidget cubes, and various other small trinkets can also be a part of someone’s EDC. I personally carried a d20 for the longest time, until I lost it, and sometimes I do EDC a challenge coin. Add to that other items like sunglasses, Bluetooth headphones, a thumb drive and jewelry. While the list of what can fit into an EDC grows so does one’s consideration of what is part of the EDC.

But can’t my Smartphone…

y people rely on their smartphone to be their primary source of light. Heck I’ve stumbled around in the dark, pushing the wake button on my iPhone to illuminate my way. So why carry a separate flashlight, if the majority of cell phones have one? My Stylus Pro cost less than $20 shipped from Amazon, my iPhone 7+ cost significantly more. Not only do I trust the aluminum alloy body over the Otterbox case on my phone, if the flashlight gets scratched or destroyed, replacing a flashlight is much easier. Smartphones are great, and they can do many great things, but an over-reliance on technology is antithetical to the EDC mentality of being self-reliant by being prepared. The EDC isn’t full of Luddites per se, in fact many love technology as well, but many have a purposeful luddite-like mentality.

Why is EDC Important?

The importance of EDC is as varying as what someone’s EDC can contain. Most people likely never give it much thought and others spend hours vacillating between a titanium and carbon fiber aesthetic and can end up spending hundreds of dollars. For a Godly man, we believe God is equipping us spiritually (Hebrews 13:21), and it is our responsibility to equip ourselves physically to do good. Next we’ll delve deeper into the world of EDC, with additional items.