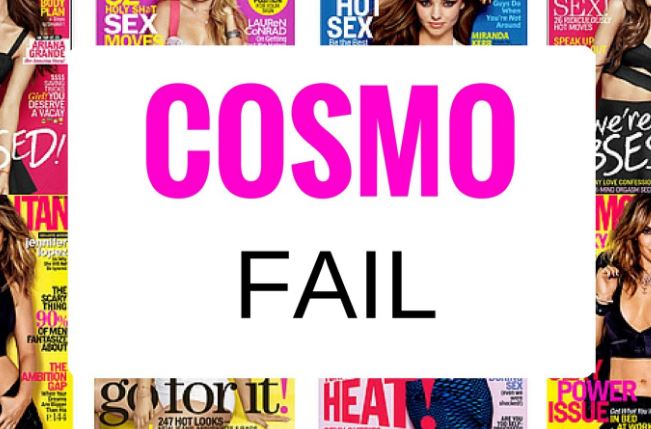 Recently an article was published by Cosmo that made the claim that any man that desires to satisfy his partner sexually is sexist. Yes, you read that right. It seems that the feminist movement has gone so far off the deep end that a man trying to please his spouse is sexist. Think about that for a second…

The article cites a recent study put forth by The Journal of Sex Research in which the authors make the observations that there have been several studies that have been done that state that the mans ability to cause their partner to orgasm is linked to a “masculine achievement.” And this is what the Cosmo article cites. Which, if you take the word of the article, seems to imply that the desire for a man to make his partner reach sexual climax is directly linked to an innate desire to assert some sense of authority over the woman, or so the article tries to imply. However, as our current President would say, this is fake news. If you were to read the study that this particular article derives its information from you will note that the authors of this study go on to state, “but none have explicitly delineated or empirically tested this association.” So what its really saying is “There may be an association but we don’t know because we haven’t tested it yet.”

This type of behavior is the root of the downfall of masculinity. Sure, there are some guys out there that view women as a notch on their bed post, but to make the claim that any man who desires to satisfy their spouse is a sexist is nonsense. To make such a claim is to disregard any sense of selflessness that takes part in a marriage. But I am not shocked to see this type of article these days. This is what feminism has become. Gone are the days where the movement actually stands up for the defense of women. Who needs to work to end the oppression of women that are being sold into slavery or are being beaten by their husbands because their false religion says it’s okay? There are orgasms going on that we must stop!

Husbands are supposed to love their wives in a way that places their joy and happiness above their own. That principle that we see laid out in Ephesians 5 is one that extends well past the ongoing of everyday life. There are no qualifiers for this. We are to love our wives in such a way that we treat them as our own flesh. We do this because when we unite under the bonds of the marriage covenant, we indeed become one flesh. So to say that we are pleasing our wives out of a selfishness to boost our ego? That makes about as much sense as wearing a vagina hat and marching around the streets while protesting the objectification of women…. 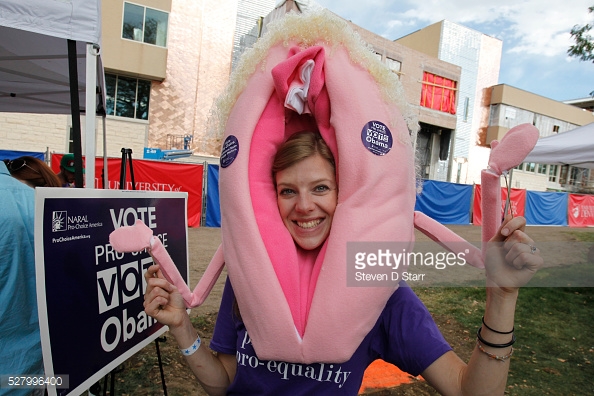 This is the problem with new wave feminism. It is a solution that is looking for a problem. And when you spend your days looking for the patriarchy that is lurking just around the corner then everything that happens is a result of it. Men can’t hold the door because that’s saying that women aren’t strong enough. Men can’t refuse to eat alone with a women out of respect for their wives because that’s sexist (worked out great for Bill Clinton, didn’t it?), if chivalry is dead it’s because it was curb stomped by the feminists marching in the street. What was once considered to be an admirable trait of young men has now been deemed morally depraved and an act of cowardice. And this is why feminism has increasingly become a joke.

To say that men who want to satisfy their wives are selfish is a statement that disregards common sense. Have you ever tried to do that? To say that it is because WE are selfish is just stupid. If I was really as selfish as this article claims then I would skip the pleasantries and jump right to the deed and the sandwich that typically follows. But nooooo…I can’t do that because according to the women that are dressed as vaginas attacking men; “that is sexist.”