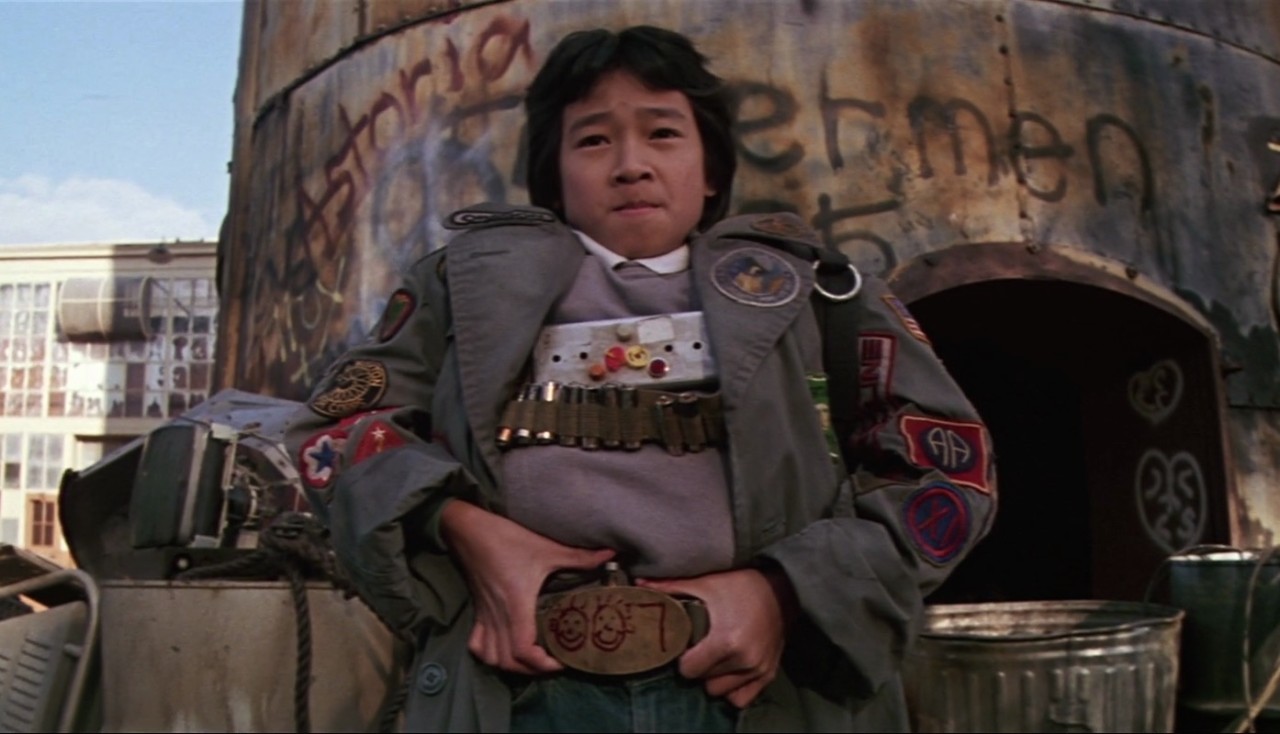 What is the cardinal rule of EDC?

Last time we talked about what EDC is. Both the accouterments one carries with them and the mentality behind what they carry, the why. We discussed a few of the more common basics in the EDC arsenal and why relying on technology like our smartphones is antithetical to the purposeful luddite ethos of the EDC community.

Before we delve deeper into the philosophy of Everyday Carry, I want to bring up one of the most important tenets to EDC. An EDC cardinal rule. If EDC is a balance of being prepared and not carrying an excessive amount of gear, then one straightforward way to cull away items from what you carry is to never carry what you can’t use. Sure things like fire starters and paracord look cool, but if you can’t start a fire or tie a knot what good do those items offer? Carrying a surgical kit as one’s EDC isn’t practical for a surgeon, but for someone with hemophobia, it’s ridiculous. Same quantifier goes for those that add a CCW to their EDC, if you carry a firearm everyday, you should train with it enough to justify having it. This goes for any item that is added to the EDC arsenal. If you carry it you should have the skillset to use it.

A little backstory as to how this DUDE series began: a friend messaged me asking about the essentials to start carrying a bag in their vehicle – in case of a wreck, flat tire, horrible weather, etc. A conversation evolved into a list for them to start their Vehicle Everyday Carry (VEDC) and this. The items they had to start out: Blanket (thermal?), Knife with a glass breaker, an emergency fire starter with flint, First Aid Kit, Coat, Paracord. My response, verbatim (yea, I’m very serious), below:

Think about it this way, can you use each of those items? Have you used a Flint/Steel fire starter? In the rain/snow/freezing cold? What about Paracord? It’s really cool, if you know how to use it, but how many knots can you tie? What’s the right way to break a window with a punch knife? Do you know how to apply the things in a FAK? HOW DO YOU PUT A COAT ON?

Anything in an essentials kit that you can’t use is almost worthless. Maybe you’ll have someone with you that can use the stuff…maybe you’ll slice your radial artery with a punch knife and have minutes until exsanguination…The other thing is starting a fire with flint/steel (I’d add magnesium, just make sure it’s in an airtight container) is really easy when doing it for fun in your back yard…not so much when you’re covered in wet, freezing cold clothes because you drove your car into water and managed to punch the window with the knife to escape but you’re phone is ruined and the cloud coverage is killing any moonlight and YOU FORGOT THE NUMBER ONE ESSENTIAL!

The one essential I added a picture of was a flashlight. I’d suggest a flashlight as an EDC (not just a VEDC) for everyone. I can’t recommend carrying a flashlight – separate from your smartphone – enough.

You carry a phone that has a flashlight? neat, but if you’re phone is wet because you tried to turn your car into James Bond’s submarine-car it’s not a flashlight anymore. The one above (below) cost me less than $20 and I carry it everywhere! 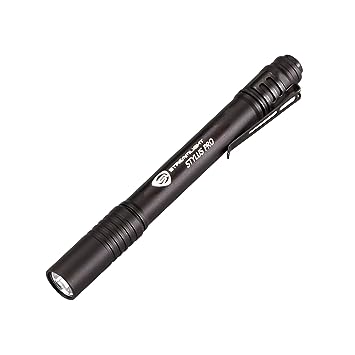 The two cases of Amber Vanhecke and James Kim – two very different people caught in two very different circumstances highlight the benefits of having a well thought out EDC kit – and the training to go with it. Thirty-Five year old James Kim and his family were caught in a blizzard in Oregon back in 2006. With little in the way of proper clothing, let alone supplies, James left his family in their vehicle while he set out to try and find help. Sadly Kim was lost, but his family was found just in time. Twenty-Five year old Amber Vanhecke was traveling alone when she was lost in the desert – a terrain that shifts from deadly heat to deadly cold. Amber survived five days before rescue crews found her, surviving on food and water she had stored in her vehicle, as well as years of Girl Scouts training. While Kim and Vanhecke’s stories aren’t common, being stranded in a dangerous environment is possible. Having the essentials in both training and gear can be the key difference.

The thing about the balance in a Vehicle EDC or carrying a backpack is your real estate increases significantly (Unless you’re rocking Jncos). What you carry on your person should be trimmed down to only the things you consider very necessary. Like a bonsai tree, the aesthetic in an EDC enthusiasts’ pocket dump is an art of simplicity. In your vehicle, you can store items that are still useful, but not as practical to carry around. Backpacks have more room than you, less than your car (unless you’re trying to recreate MilSpec Monkey’s Molle magic). If you look at your EDC in tiers of readiness what you keep on your person should be the first tier; simple, lightweight and only the necessities. A bag or vehicle would be the second tier, or both can be the second then third tier, offering more room for emergency items that aren’t practical to carry around in pockets. For the backpack this includes items like a portable charger for phones/tablets, a tablet/laptop, headphones. For the vehicle this includes items that are vehicle specific like jumper cables, tire plug kits, flares and a ResQMe. The third (or fourth) tier would be the home, where items like a 72 hour bag, bottled water and canned food, and even a generator can help in times of emergency.

Backpacks, what to put inside?

Much like the EDC staples listed in the previous article, the list below is the more common items but the list can change. Typically the items in the tiers of EDC transfer in that carrying a item in ones pockets might alleviate the need for carrying an additional item in the bag – then again some items stack like flashlights. You can never have too many lights, in my opinion (I have a lot of lights. I may have crawled out of a very deep cave with four guys and two Bic lighters because we came ill prepared and may have vowed to not let that happen again.) Same argument could be made for pocket knives, and probably other items. For the backpack, we’ll start with the above mentioned items and add a few:

–Portable USB charger – Everyone would like their cell phones to last all day long on heavy usage, but sadly that’s not the case. Portable USB chargers can be as small and inexpensive as a $5 box that might give an extra half a battery’s worth of charge or can be solar panel units that allow you to trickle charge themselves and/or devices when really away from electricity. Keep a spare cable as well, maybe even a wall plug in for when electricity is available and you need a charge.

–Tablet/Laptop – Antithetical to the idea of not relying on technology, but let’s face it we all love streaming Netflix on as large of a screen as possible. Add a pair of headphones because music is great to have wherever you are.

–First Aid Kit – Carrying even a small first aid kit – such as an IFAK – is simply impractical for many, but with a backpack there is at least enough room to carry a few essentials. Carrying a pocket mask, with up to date AHA CPR Training with a pocket mask (and an AED), can be the difference between life and death. Throw in a few band-aids, some wrap and some alcohol or pick up a pre-made FAK and you’re set. Just make sure your FAK matches your level of training!

–Wet wipes/Germ-X – as a father of small children, I will NEVER not carry wet wipes with me in my backpack…and in my vehicle, multiple sets at home and even some at work. Wet wipes are amazing and Germ-X is just as great.

–Spare flashlights/Flashlight batteries – because a flashlight with dead batteries is worthless. (particularly in a cave)

– A snack/Water – sure the rule of 3 for survival dictates that you can live 3 minutes without air, 3 days without water and 3 weeks without food, but do you want to test that rule? My wife carries a snack bar in her purse and on more than one occasion she has given one to a stranger that was suffering from low-blood sugar. Maybe not life saving measure, but it sure helps.

An EDC backpack can vary as well from a nice leather bag, to something tacti-cool from Maxpedition or 5.11, to a Jansport. One of the enjoyable things about EDC as it can be tailored to anyone’s preferences.

Next time we’ll delve deeper into Vehicle EDC, or VEDC, and how your area should affect what essentials you keep readily available.