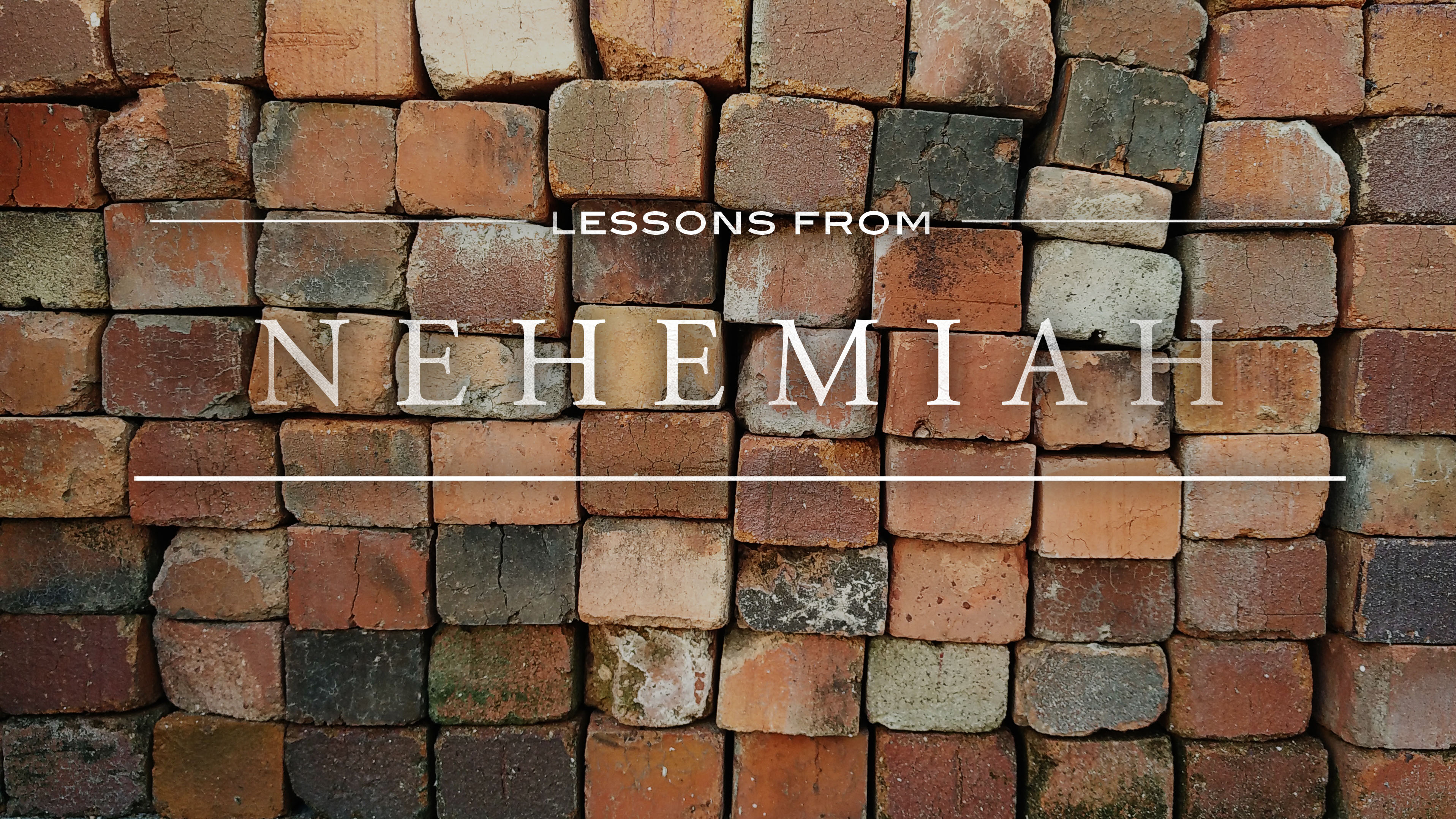 I love the book of Nehemiah. I would have to say that I have probably ready it through more than any other book in the Bible. There are more than likely more verses underlined and circled than are not in my favorite bible. As such, I was ecstatic when it received so many votes for our next walk through the word together study.

At the beginning of the book we find Nehemiah, a Jew born in captivity during the Babylonian captivity, in the citadel of Susa. It also notes that it was the month of Kislev (on our modern calendar this would roughly be November to December, toward the end of the year) which will be important later on as we study, so take note. Nehemiah receives a report from his brother Hanani that some of the Jewish remnant is back in the area around Jerusalem. He also notes however that they are disgraced and likely in grave trouble as Jerusalem and its walls still lay in ruin and that the gates were destroyed by fire.

This is a huge problem because in those days, Kings went to war most years in the springtime. They were always trying to expand their territory and to gain new subjects to tax. If the Jews were back in the area of Jerusalem, but the city was decimated, the walls torn down, and the gates burned they were an easy target. This meant they were likely to get attacked again and potentially be taken captive by another warring king.

When Nehemiah heard about this….. He was broken. In verse four it says he fell to the ground and wept and then fasted and prayed for days. I am so convicted by that. When was the last time I was so broken by the lost nature of people that I work with, or family members who are far from God, or those who are in my city and in grave danger? Have I been driven to the ground out of brokenness over anyone or anything? Why don’t I feel burdened for the lost people I know and the lost and hurting in my city? Think about it, Nehemiah was BORN IN CAPTIVITY. He had likely never been to Jerusalem at this point, had never seen the walls, and the only other Jews he had ever known were also captives or slaves in the Babylonian Empire. He was broken for people and a place he had never personally seen or been to, yet I struggle to be broken for those I know?

Then Nehemiah shares His prayer with us which I believe gives us an incredible model for how we can pray. He begins in verses 5 and 6a with a section of adoration. He opens his prayer by putting himself in the correct context in comparison to God. You are God and I am not. Thank you for being a God who loves and cares for us and keeps your promises. Then in the second half of verse 6 and verse 7 he takes time to confess his sins and the sins of his people before God. This is such a powerful thing that I don’t want you to miss it. He starts his prayer by first acknowledging who God is and What God does. Then in relation to that, he confesses his shortcomings before he ever asks for ANYTHING.

I know I am guilty of often abusing prayer. I treat it less like the incredible communication method available to me which allows me to speak to the creator of the universe and view it more like a life line from who wants to be a millionaire. Hey God, I don’t have much time so let me get right to it, I need A, B, and C… and if you could make that happen fast that would be great because I’m struggling. Okay thanks, bye.

In verse 8 – 10 Nehemiah enters into a time of remembrance and thanksgiving.  God thank you so much for all you have done for us in the past, and for making these promises to us, we are so sorry we broke them. Then, Nehemiah finally gets to the end of his prayer and in that moment he asks only to earn favor in the eyes of the King that he might do something for his people. Nehemiah’s prayer method is so simple.

Now remember when I told you to remember the part about the month of Kislev and that it was in like modern November? Here is why. Nehemiah was broken for his people during Kislev, then he began praying that prayer we just covered. The final statement of chapter one gives us a glimpse into what Nehemiah was thinking and praying for… I was cupbearer to the King. He prayed a prayer asking for favor in the presence of the King. In verse 1 of chapter 2 we see that it is now the month of Nisan which translates to our modern March or April. He prayed that prayer constantly for 4 months at least.

Nehemiah had a burden that came from his concern for his home and his people who were in danger. This led to fervent prayer for an extended time during which he was a slave to have the possibility of having favor with the king so he could try to do something about it. His ministry would come as a result of a burden he had for his people and a home he had never seen. This would lead to him having a life of great significance born out of his prayers for his people. What an incredible picture of how we should carry ourselves in the world.

Can’t wait to jump into the next section!