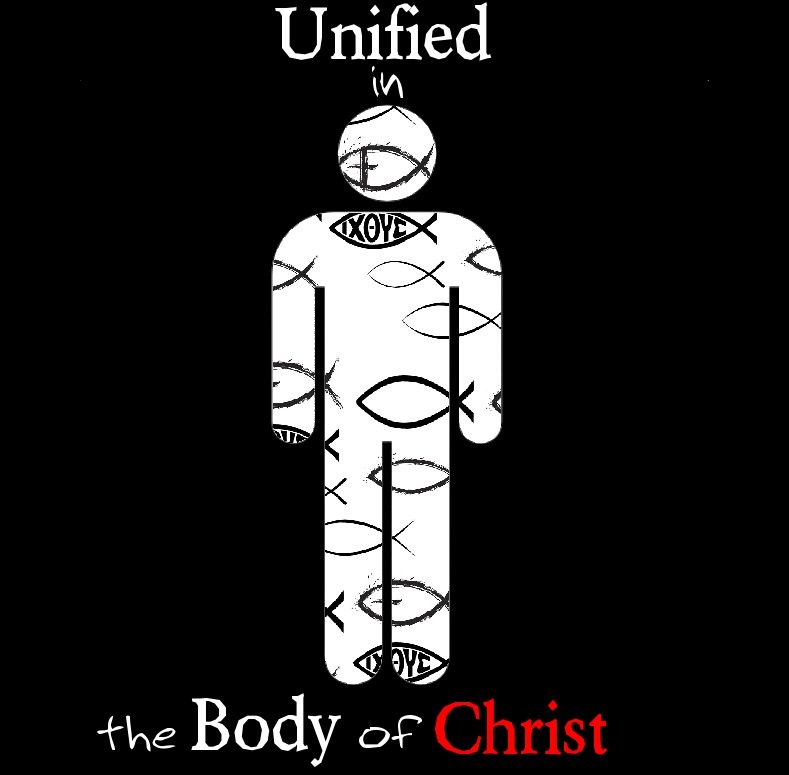 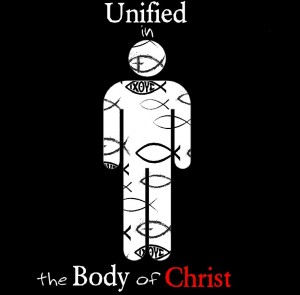 Sometime during your Christian walk, you may have heard the Church as a whole referred to as “the Body of Christ” and not quite been sure what that meant. We get a few explanations of this analogy in Scripture, such as when Paul is explaining the gifts of the Holy Spirit in his letter to the Corinthians as he is helping them establish their church. 1 Corinthians 12:11-14 states, “All these are the work of one and the same Spirit, and he distributes them to each one, just as he determines. Just as a body, though one, has many parts, but all its many parts form one body, so it is with Christ. For we were all baptized by one Spirit to drink. Even so the body is not made up of one part but of many.” When someone accepts Christ as their Lord and Savior, they are given the Holy Spirit. According to Scripture, everyone is given the same Spirit, so we are unified as one body–the body of Christ.

Somehow, though, our human nature often wins out, and we find ourselves driving divisions in the church and separating ourselves from one another. We let our theological differences drive a wedge between church members and separate ourselves into varying denominations that some use to ostracize others. My friends, the body of Christ is not mutually-exclusive to the Baptists or the Pentecostals or the Catholics. We are all parts of the same body, and given the same Spirit. While we have a difference of opinions, we should work together to battle poverty, lift each other up, and lead others to Christ while earnestly seeking Scripture to form our beliefs. Satan has convinced us that we can’t work with one another because if the body of Christ truly united, there wouldn’t be a force on Earth that would stand in our way!

This isn’t to say that we shouldn’t discuss theology or doctrine, but we definitely shouldn’t let it prevent us from working together. We should be more driven to lift up our brothers and sisters in Christ than to defend the doctrine that separates us. We can have a difference of opinion on these things without battling each other over it. When people outside the church see this dissension, they decide that they do not want to be a part of it, and we become a stumbling block for them. Tongues as the initial evidence of receiving the Holy Spirit or evidence of “once saved always saved” are not more important than loving one another and helping each other grow in our relationships with God. (Matthew 22:37-40) I want to be clear that there is a correct answer to every one of these doctrinal debates, and that we should seek them, but their worth does not outweigh the worth of your brother or sister in Christ. 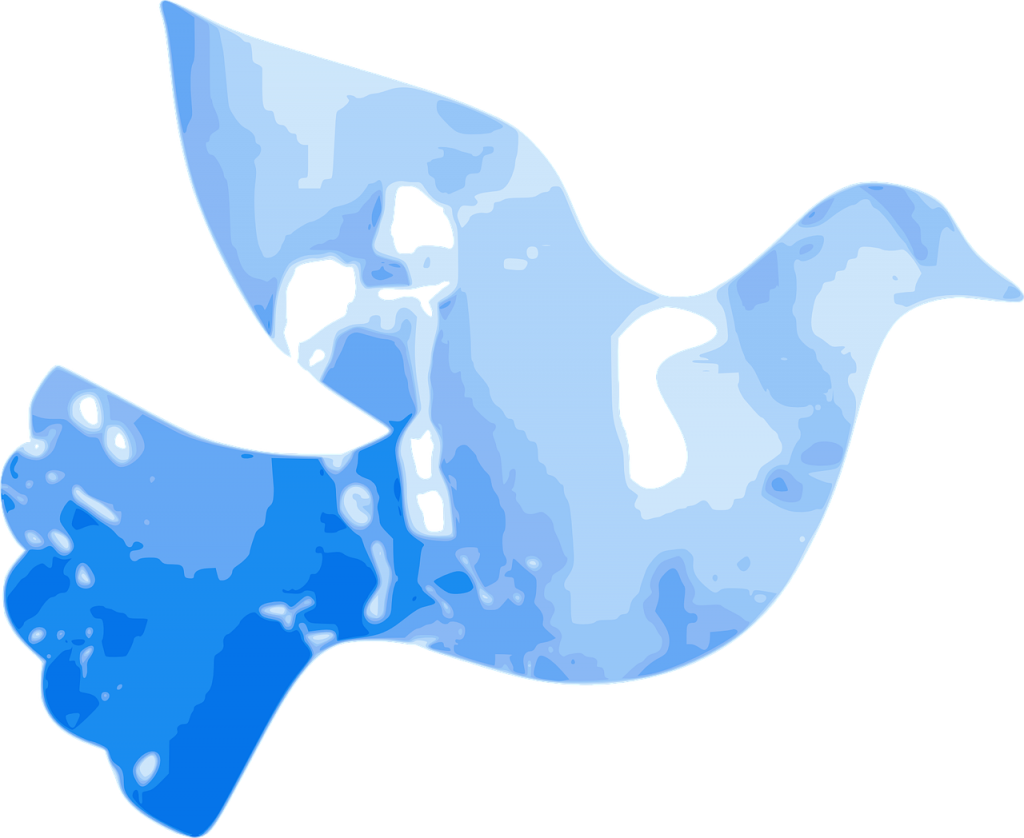 When we work together, we accomplish more of the work we are called to do. We have more hands and finances to feed the hungry, help hurting and abused people, and show God’s love to the world. We all belong to one another. Romans 12:4-5 says, “For just as each of us has one body with many members, and these members do not all have the same function, so in Christ we, though many, form one body, and each member belongs to all the others.” We are all given one Spirit, and that Spirit is going to be moving toward a certain place that we should all work together to get to. Just imagine trying to walk with each part of your body striving to go in different directions! On the other side of the coin, if each part works together to get to that place, the body also works together in beautiful harmony.

The book of Acts describes how the apostles worked together to form the church after Christ went into Heaven. This is one of the books (if not the definitive one) that we learn the most about what purpose the church is to serve. Acts 4:32 says, “All the believers were one in heart and mind. No one claimed that any of their possessions were their own, but they shared everything they had.” That is all of the believers in one heart and mind. They were so driven together that they shared their possessions. The rest of this chapter goes on to talk about wealthy people selling all of their land and everything they had to support their brother and sister believers. We definitely don’t hear of that kind of support interdenominationally, let alone in the same church oftentimes.

I don’t think that denominations were formed to be exclusive at their origin. Forming a fellowship based on theology can be a great way to find a group to learn and grow in your walk with Jesus. The unfortunate side-effect for some people is condescension and apprehension toward brothers and sisters that believe differently than them. Sometimes we even go so far as to think we know the state of another’s salvation based on their denominational beliefs. Instead, we should keep an open mind, not blindly adhering to what one person teaches, and work out our own faith by listening to the Spirit’s conviction and searching Scripture for ourselves. (Philippians 2:12-13)

I also believe this should be an individual journey. I’m not advocating the throwing in of all denominations together and keeping a doctrine here and there as part of some “Universal Church.” The separation of beliefs has become so great that this simply isn’t a possibility in our current state. The driving point here is that we should work out our faith individually by seeking Scripture, not just taking what a church leader says as fact without first stacking it against the Bible. Any good leader will encourage you to do this as well. We should study the Bible on our own, pray, and take that knowledge with us to church. Then, when we are in the church, we can work together to best understand what we should be getting from our study of God’s Word. Ultimately, we shouldn’t use our understanding of Scripture to look down on others. We should work with them with an open mind, an open heart, and an open Bible in order to seek the truth.

Know that you will never fully know the workings of God, and be open to changing what you believe about Him if you feel convicted and if Scripture supports the antithesis to your beliefs. God’s Word should always trump our wavering thoughts. Scripture has survived far too many attempts of annihilation at the hands of man and far too many centuries of transcription by exhausting handwritten efforts to have not been guided by the One who gave it to us. Certainly, Jesus wouldn’t have spoken so emphatically of Scripture if He didn’t believe it was important in understanding our path to Him. (Luke 16:31) We should work together to 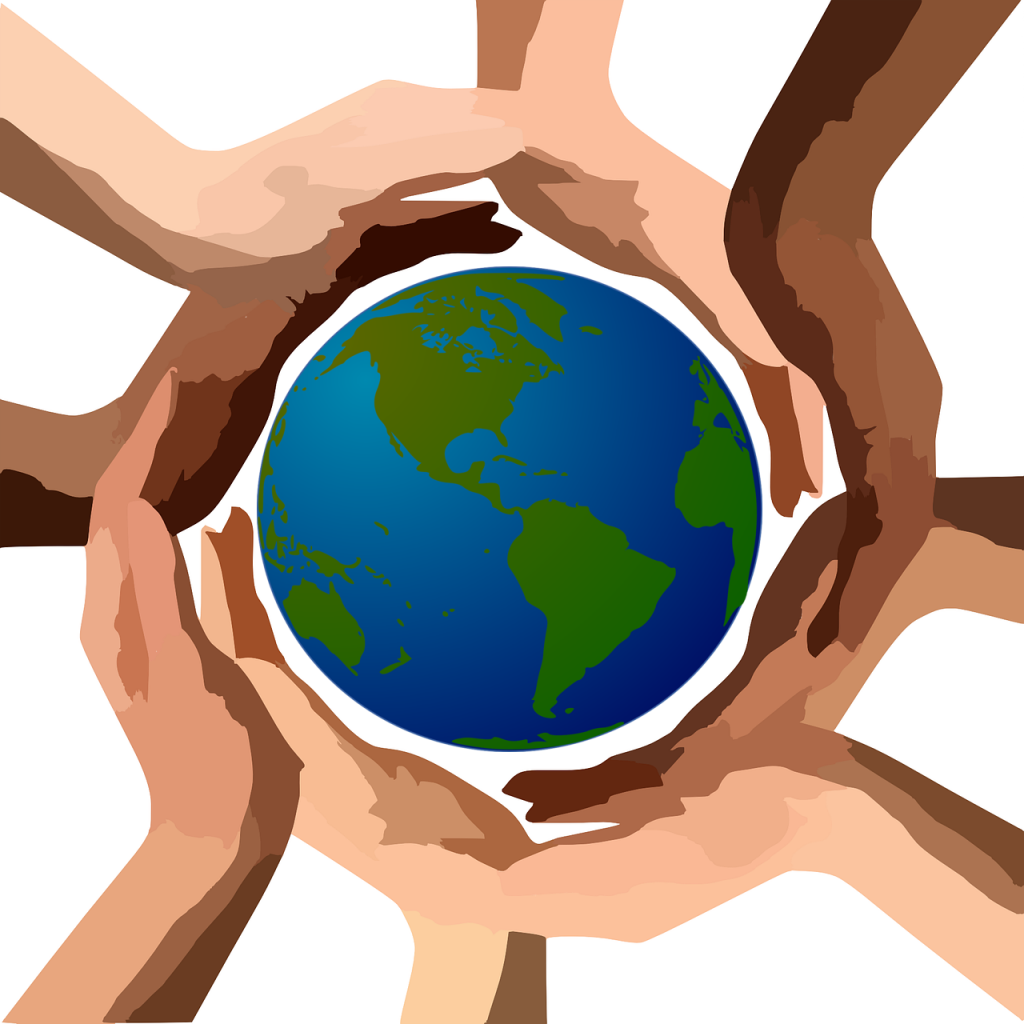 help each other understand God’s Word, and we should be able to point out when a fellow believer is slipping into sin, but do so from a standpoint of concern for them and out of love, not superiority. Imagine if one of your legs only ever tore the other down. It would leave you handicapped with a short leg!

So let’s work together to build up the body of Christ. It is only through our unity that we can truly prosper in fulfilling our role in the church. We don’t need to tear down denominations, only the walls that separate the believers within them, and the ones that separate us from other believers within other denominations. With the world around us careening down a path away from God, it is time for us to come together as one, to join hands to correct that path. Let’s work out our faith together within the walls of the church, lovingly, and use our time outside to give a shining example of unity to unbelievers everywhere. We’re all going to the same place; let’s help each other get there. I’ll end with a passage in Ephesians that speaks directly to the unity of the church.

God bless you all, and may we work together to lead the world to the One Name that can save them all: Jesus.

As a prisoner for the Lord, then, I urge you to live a life worthy of the calling you have received. Be completely humble and gentle; be patient, bearing with one another in love. Make every effort to keep the unity of the Spirit through the bond of peace. There is one body and one Spirit, just as you were called to one hope when you were called; one Lord, one faith, one baptism; one God and Father of all, who is over all and through all and in all.

But to each one of us grace has been given as Christ apportioned it. This is why it says:

‘When he ascended on high,

he took many captives

and gave gifts to his people.’

(What does “he ascended” mean except that he also descended to the lower, earthly regions? He who descended is the very one who ascended higher than all the heavens, in order to fill the whole universe.) So Christ himself gave the apostles, the prophets, the evangelists, the pastors and teachers, to equip his people for works of service, so that the body of Christ may be built up until we all reach unity in the faith and in the knowledge of the Son of God and become mature, attaining to the whole measure of the fullness of Christ.

Then we will no longer be infants, tossed back and forth by the waves, and blown here and there by every wind of teaching and by the cunning and craftiness of people in their deceitful scheming. Instead, speaking the truth in love, we will grow to become in every respect the mature body of him who is the head, that is, Christ. From him the whole body, joined and held together by every supporting ligament, grows and builds itself up in love, as each part does its work.

This article was originally released on www.GeeksUnderGrace.com