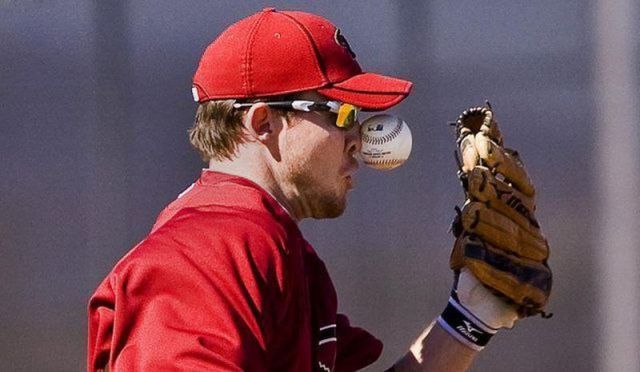 “Keep your eye on the ball, Phill!” 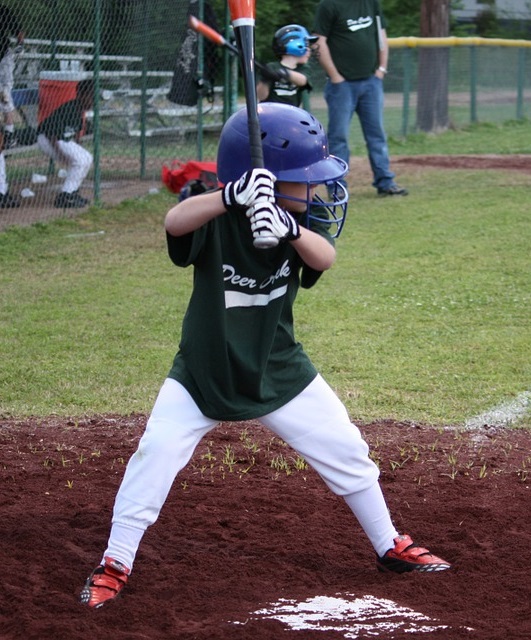 I heard my dad yell while I stared down Ronnie, the 8’ 9” monster that had somehow managed to be recruited by the Sheffield-Sheffield Lake Little League Association. It was a day I will never forget. What makes this day so special you ask? Well, it was 1) the first in a plethora of emergency room visits that plagued my childhood, and 2) it was the day that I would learn a lesson that took me to Bible College, marriage, and fatherhood: Keep your eye on the ball.

The ump yelled right in my ear as I recovered from the failed attempt at a monster homerun. The words shot down my spine as I realized that the game now rode on this last pitch. It was 3-2; a full count and the bottom of the ninth. This wouldn’t have been as embarrassing to me if I had not called out my shot, Babe Ruth style, in a vain attempt to intimidate Goliath. I was terrified. The weight of the game now rested on my 9-year-old shoulders. But I had my dad behind me, and he was never wrong.

I locked eyes with Ronnie as he gave his nod. He had selected his pitch and fired off a rocket. It was a scene straight out of the movies; the ball barreled down in slow motion. But there was something different about this one. It was a little to the inside…and by a little I mean a lot. Just when I realized that, it hit me. As in the ball hit me. There was no sudden revelation or epiphany, the ball actually hit me. I let out a scream that can only be described as a hyena getting run over by a car. I have never been hit by a Peterbuilt, but I have been hit with Ronnie’s fastball, and I can assume that they’re an on-par pain comparison.

“Phill, are you okay? I told you to keep an eye on the ball.”

Yes, Dad. I am okay. And I did keep an eye on the ball. Right up until it shattered my elbow, and my pride, into a million little pieces. Okay, maybe that is a bit of an overstatement, but man it sure felt like it. Immediately I was rushed to the car where my dad drove me straight to the E.R. My elbow looked like John Kasich’s campaign and felt like it just had a meeting with Donald Trump. It was bad. And so began one of countless x-rays of various parts of my body over my short life. But the good news is we won the game. That hit loaded the bases and a single by the next batter brought in the winning run. So at least some good came out of my misery. There is always a silver lining, even if you wind up in the emergency room.

That day I learned something that has stuck with me through all of my failures and trials: Keep your eye on the ball. It also taught me that just because your eye is on the ball it doesn’t mean that it’s not going to hit you square in your elbow and send you to the E.R. The idea that if you keep focused on our goals then everything will be perfect is antithetical to what Scripture tells us.

Matthew 7:24-29 is a passage that we have heard growing up. “Build your house on Jesus and everything will be puppies and rainbows.” That idea may work in the land of Osteen, but it does not work in real life. When we read this text we are reminded, and rightly so, to build on the foundation of Christ. But one thing that we often overlook is that both houses were still caught in the storm. It wasn’t until the storm had passed that the message of this passage really took shape.

This idea that has taken hold of the Church today, that good things will happen if we just follow Jesus, is flat out nonsense. Good things will happen if you just follow Jesus? What about John? What about Peter or any of the other disciples? A relationship with Christ is not a birthday party that we attend and have cake and ice cream with our Savior; it’s a battle and there is a reason why we are called to put on the armor of God and not party hats.

The thing about it is, though, that even though the disciples were all killed, except for John 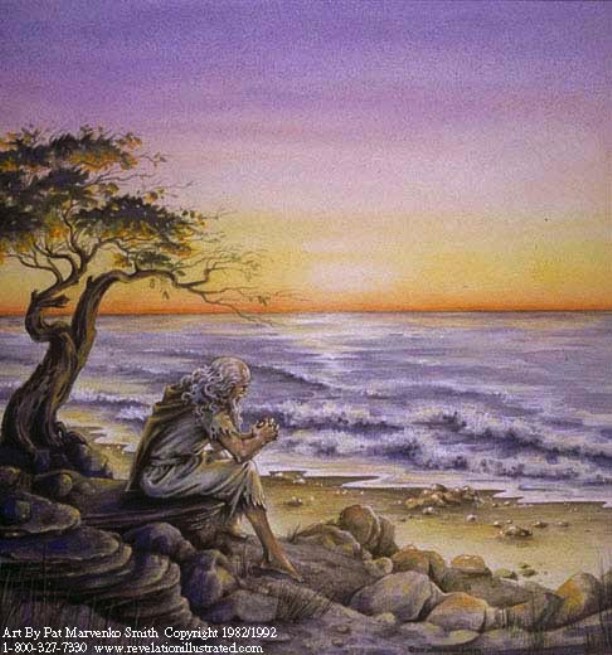 who still suffered a great deal, they had found their contentment and joy in Christ. There is a lesson to be learned there; a lesson that we cannot take for granted. Just because we are in the middle of a storm does not mean that we lack the faith or that we forgot to sow a seed. No, it means that God is about to do something huge. And while that something may not be for you, it will be for His Glory. And should that not be what we desire most? That God would use us to bring Him glory and honor and praise?

We must not get caught up in the lie that God is this magic genie whose sole purpose is to serve us when we need something. God is not a some blue wish granter. He is the almighty, all-powerful, all-knowing, Creator of Heaven and Earth. He was not made to serve us but rather we were made to serve Him. If I, as a husband and a father, am going to serve my family in love, I first need to serve Him. What better way to lovingly lead my family than from an attitude of submissive service to the King? That may not be as wonderful as some smiling preachers on T.V make it out to be. That might mean that God takes you to some far off place to serve Him on the mission field. That might mean that you take a pay cut to spend more time with your family. Regardless of what it looks like, it won’t always be pretty and sometimes it may flat out suck. Don’t use your success in life as a barometer for your faithfulness to Christ.