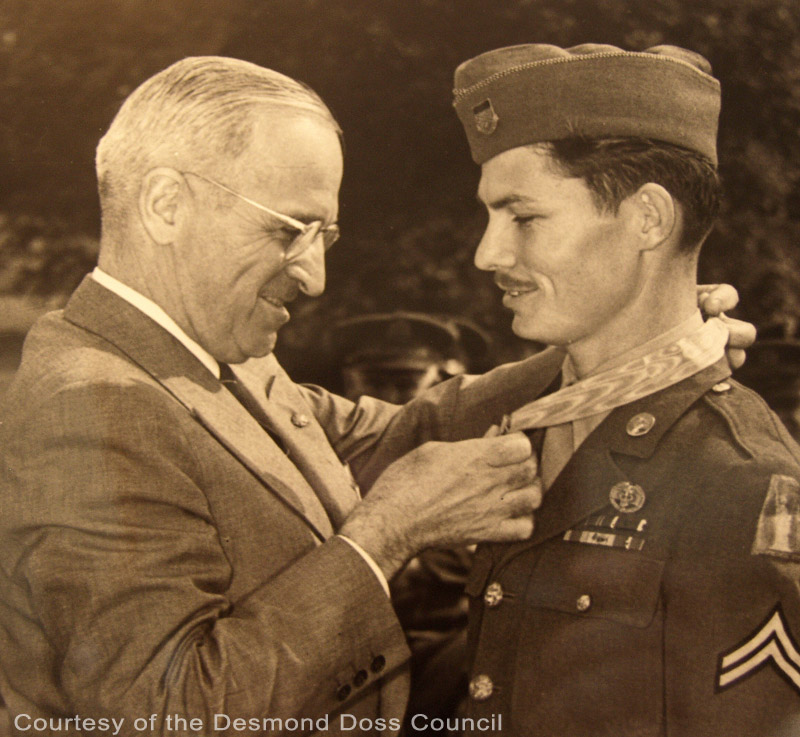 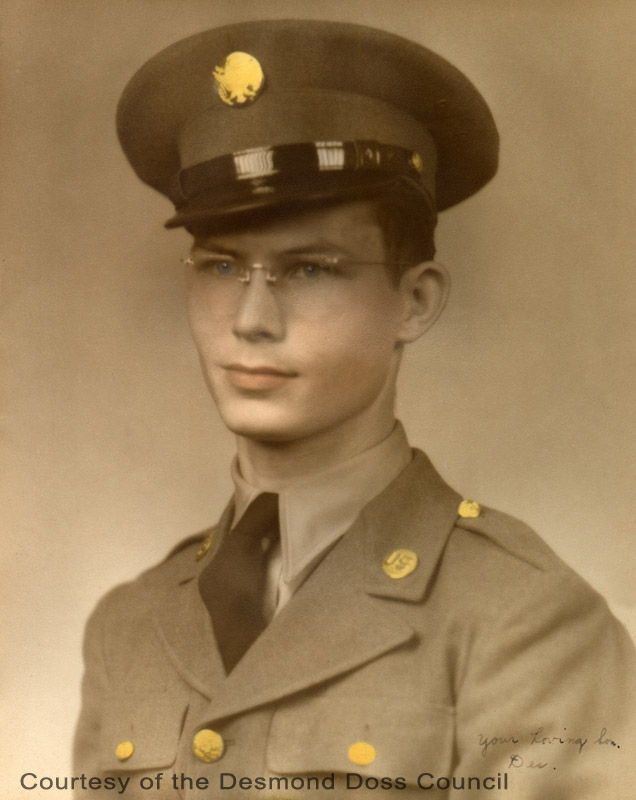 Born to a World War 1 veteran in Lynchburg Virginia in 1919, Desmond Doss was not your typical boy. Raised in the Seventh Day Adventist Church, Desmond was taught a strong pacifistic nature from a young age that would eventually be his motivation for enlisting in the United States Army. Not one to be easily swayed in his beliefs, and with the onset of the United States involvement in World War 2, Desmond would find out just how strong he held those convictions. He voluntarily enlisted in the Army in 1942 and was assigned to Basic Combat Training at Ft. Jackson, South Carolina. While there, he refused to carry a weapon and as such faced harassment and assault from his fellow soldiers. The harassment went so far that one officer in particular sought a court-martial, citing mental illness as his reasoning.

Now I’m not advocating for a weaponless military, but Desmond knew his convictions and held to them.

Private First Class Desmond Doss would see some of the most intense fighting of his career at the Battle of Okinawa as part of the 77th Infantry Division. As the allies were partaking in the Island Hopping campaign with main land Japan in their sights, the 77th Infantry Division was tasked with taking the Maeda Escarpment, better known as “Hacksaw Ridge.” Upon landing, a fierce 10-day battle ensued that would be known as the bloodiest battle in the Pacific. It was here that Desmond Doss would be credited with saving the lives of 75 men and would later be awarded the Medal of Honor for his actions.

Desmond Doss was a man that stood by his convictions. He was a man that chose to stand on his principles and not compromise for anything, even his own personal safety. He saw the hellacious war that was going on around him and still went after people with a tenacity that can only be described as heroic. Desmond Doss is a true hero and a man that we can learn a great deal from for he saw people that needed to be saved and put aside his own reservations, fears, and concerns to go after them.

The heroics of Hacksaw Ridge have found their way to the Big Screen in a movie by the same title. In the preview, we see flashes of combat with voice overlays of Desmond Doss stating what he believes and why he is doing what he is doing. One line that sticks out, a line that convicted me more than any sermon that I have heard in recent years is his prayer:

“Please, Lord, help me get one more.”

Should that not be our prayer? As Christians, we know just what awaits those who do not have a relationship with Christ and yet we still withhold the Truth. How exactly can we say that we have love for our neighbor and yet still not tell them about the truth of Jesus Christ? Yeah, it may be offensive to some, but that does not change the fact that we are called to speak the Truth in love. It is our calling and our commission to go and make disciples; to spread the Gospel to the ends of the earth. (Matthew 28:19-20) Some will be receptive and desire more while others will ridicule but that does not change anything.

We need to stop seeing the world as a playground and start seeing it for what it is: a battlefield. One day we will go out and our principles 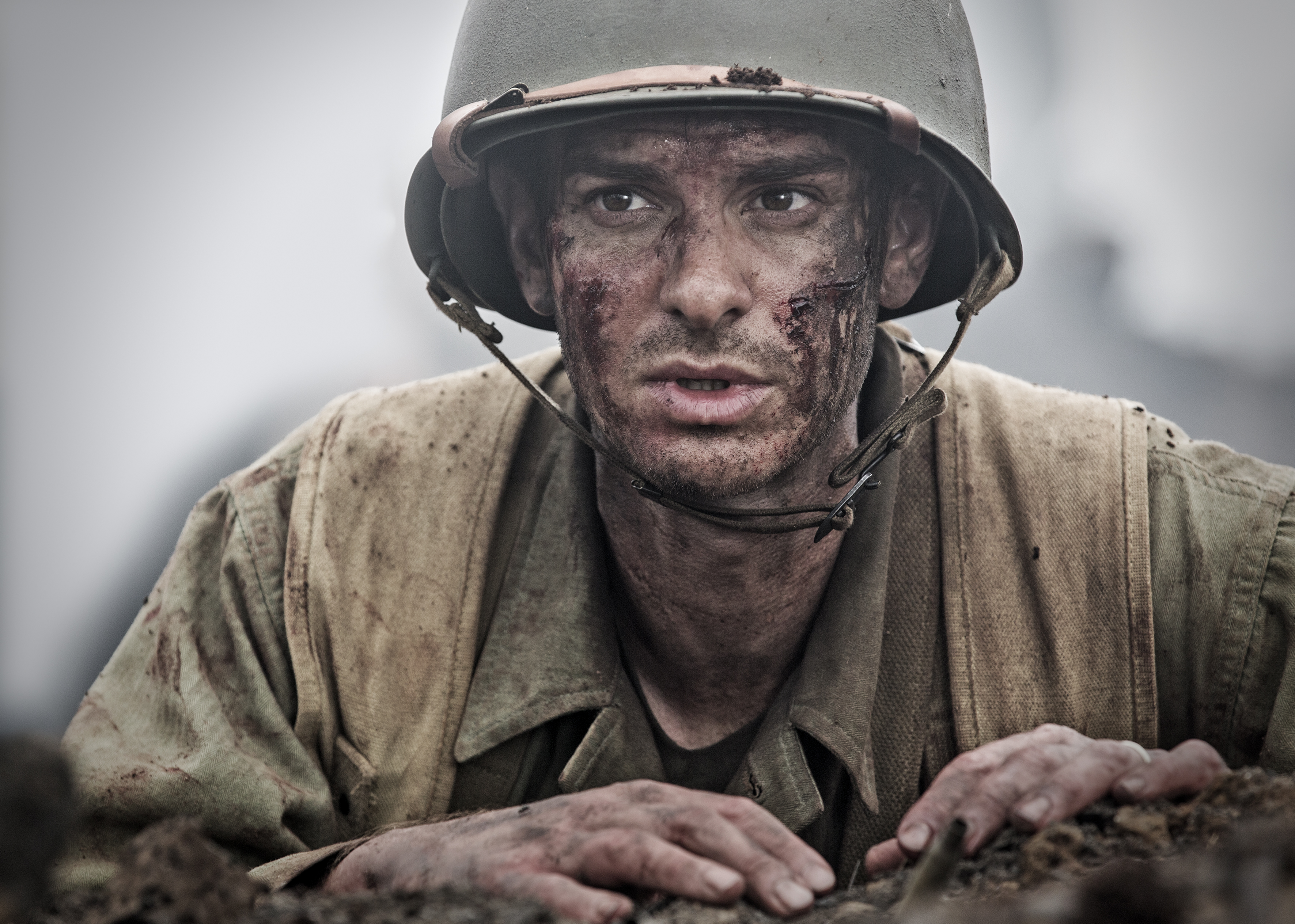 are going to be tested. We will either stand on our convictions or crumble for our own personal safety. We will either stand on the Word of God and proclaim the truth, or we will crumble under the harassment of a lost world. Desmond Doss was able to withstand the harassment and assault that he experienced in Basic Training because he was steadfast and firm in his beliefs. His convictions weren’t something that developed when the time came that they were needed, but rather a lifestyle that he walked in before the trials started. It was because of that fact that he was able to withstand the trials that he had.

We can tell ourselves that we will stand for our convictions all day long, but unless we are doing it now in your day-to-day life, we will definitely not do it when the pressure comes. Now is the time that we take our stand. This idea that we can be neutral in our convictions is a myth. Neutrality is a myth. We are either for Christ, standing on His Word, or we are working against the Gospel. (Matthew 12:30) There is no middle ground. Today is the day that we take our stand. Because if we are not grounded in the Word today, then tomorrow we will fall.

Desmond Doss could have chosen to opt out of military service, but he knew what he needed to do. Too often too many Christians feel that we can opt out of service to the King because other people are doing it or we might get put in a dangerous situation. Some may even say that evangelism is “not their spiritual gift.” But the truth of the matter is that God has placed us within our particular context to reach certain people. If we chose to opt out of service to Him, then we are doing more damage than we even realize.