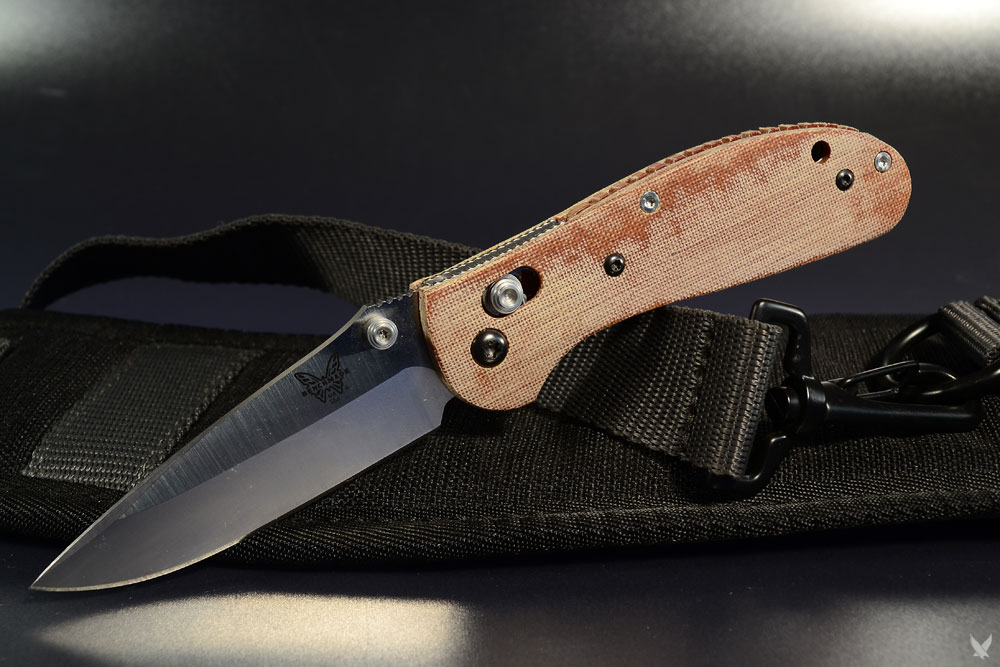 There are some items that all of us never leave the house without. Usually it involves some variation of wallet, cellphone, keys, purse (or those “tactical man bags, which we all know are just fancy camouflage purses with MOLLE). For me, you will never see me without the four staples: 1.) Keys 2.) Wallet 3.) Cell Phone 4.) Knife. Since these particular items are always on me I make sure that they are up to par. My phone is in a case that can withstand the beatings associated with a clumsy dad of a toddler and my wallet is solid leather. And my knife is no different. 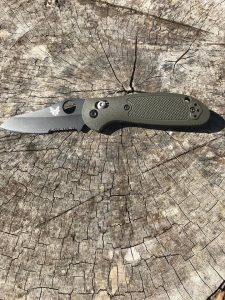 I have tried various knives with various blade steels in the past and was usually left disappointed. I would pick up a cheap SOG (or something like that) at Walmart . And they worked for a good while but I was always left disappointed. What could be sharpened to a razors edge that would slice through paper would be too dull to slice through tape a month later. So when I began my search for my next knife, I decided this would be the last knife I would buy. And I was not disappointed in the slightest. Enter in the Benchmade Mini-Griptillian.

When I began my search for the next knife that would grace my pocket I heard several people recommend this one. Words such as “gold standard” and “perfect” were thrown around when describing this so I decided to take a look at it. At $89.00 I was a little apprehensive about it because the knives I usually buy were closer to the $20.00 range. But that was my issue. The knives that I would use were closer to the $20.00 range. If people are willing to spend that much on a knife then it must be good. So I began to look into it a bit more. 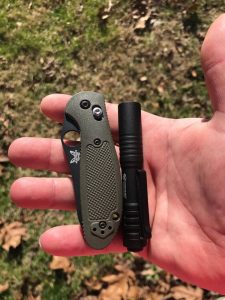 Sure, there are knives out there that cost significantly more than the Mini-Griptillian; there are more expensive cars out there than a Jeep. But you’re not going to take your Ferrari off-roading. This knife was made to work. With a 154CM steel blade this knife is razor sharp out of the box and it retains an edge remarkably well. I tend to put my knives through their paces and where all the others have failed this has succeeded. I have been using it every day for the last two months and it’s still sharp enough to slice through paper.

The knife is a good size. With an overall length of 6.75 inches with a blade length of 2.91, it fits the hand just right. The handle is big enough to allow you a firm grip while still remaining small enough to not take up your entire pocket. But the most overlooked, yet useful, feature with this knife is the jimping on the topside of the blade.  This provides enough texture that your finger won’t go sliding off and prevents any potential injuries.

If you are looking for a solid knife that will hold up to whatever you can throw at it, I suggest you consider the Mini-Griptillian. Even though it is a little pricier than most other knives, it is money well spent.