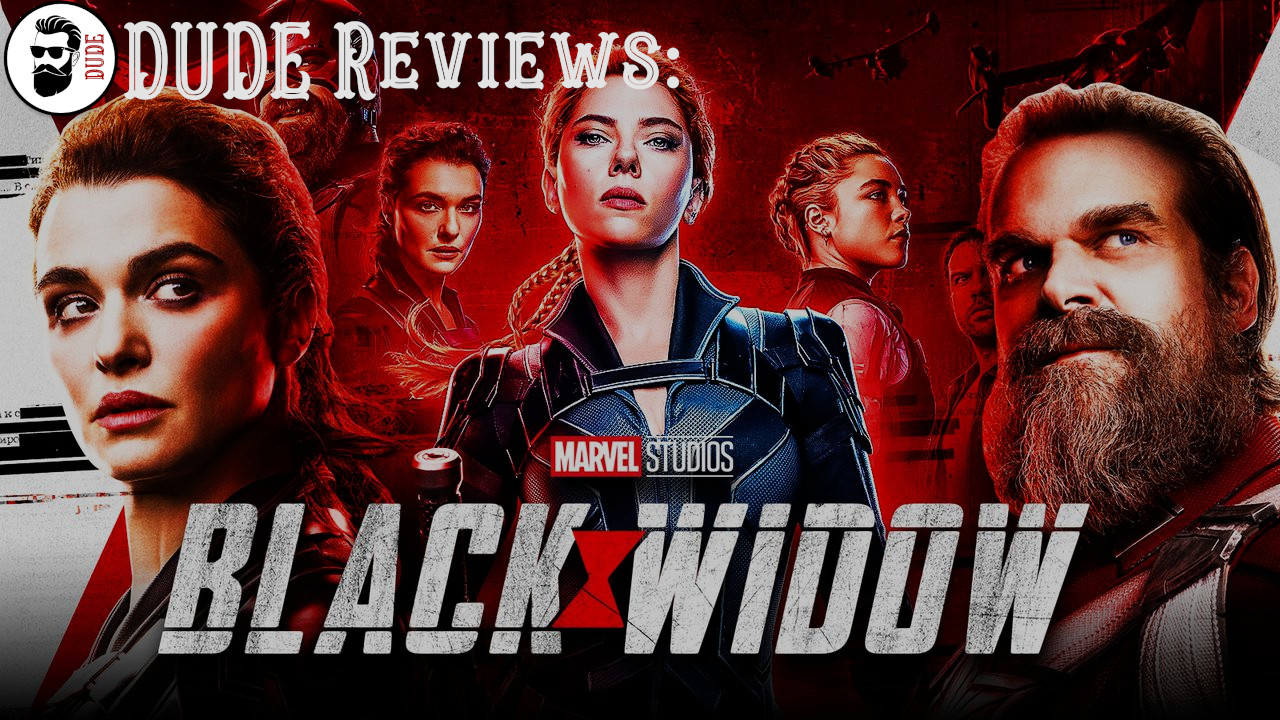 Taking place shortly after the events of Captain America: Civil War Natasha Romanoff teams up with her long-estranged sister Yelena to combat an enemy from their pasts.

Marvel fans have been asking for a stand-alone Black Widow movie since she first appeared in the MCU back in 2010. Unfortunately this movie feels a little like Marvel just trying to say, “See! We finally did it!” Black Widow is definitely not a BAD movie but it just feels like it was too little too late.

My biggest concern going into this movie was just how Marvel would make us really care about this story. I mean the Avengers have just defeated a universe-level threat in the mad titan Thanos, and now you’re trying to bring it down to tell a human story? It feels like a downgrade of stakes. Though, I will admit that this was inevitable after a movie like Endgame.

You also have to navigate the problem that, as of today, your title character in the movie is already dead. (Endgame came out 2 years ago, don’t yell at me about that spoiler.) For this movie to have had the impact that Marvel hoped it would have, it should have come out a long time ago.

All of that being said, the human story that the movie tells isn’t bad. The relationship between Natasha and her family is the core of what’s supposed to get your feelings involved, and I rather liked the dynamic they all had together. There was definite chemistry between the main cast, and it showed in the scenes where they were all on screen.

The absolute best thing about this movie was the back-and-forth between Scarlett Johansson and Florence Pugh. Their dialogue was funny, sharp, and witty.Johansson & Pugh are absolutely convincing as sisters. The running gag of Yelena making fun of Natasha’s “superhero pose” is actually hilarious.

I love Pugh in her role as Yelena. She’s just as entertaining and talented as Johansson has been for the last 11 years as Black Widow. The good news is that we won’t be lacking on our supply of Pugh in future projects. It’s obvious that Marvel wants her to step into a major role. Not to be too in depth about what’s in the MCU’s future, but they’re definitely setting up the Dark Avengers with Yelena alongside Falcon & The Winter Soldier’s US Agent, and Ms Marvel coming up on the horizon too.

Overall this movie feels like it should have come out whenever the story takes place chronologically in the MCU, and just too much of a set up for future works.

BUT let me not be too negative by saying this: Black Widow is fun! It’s great to be able to go to a theater again and watch a Marvel movie with all the explosions and big action set-pieces that come along with it. You can watch this movie with Premier Access on Disney+, but you should try to make it to a theater to make it worth your time.

In terms of content that we as Christians should worry about, we see the typical language associated with PG-13 movies anymore: A few instances of 4-letter words, but that’s about it. Black Widow isn’t “gory” by any definition of the word, but the violence is very grounded and just feels real and gritty. Marvel wasn’t afraid to show a little blood this time. The themes throughout the movie are also pretty dark: Dealing with child abductions, violence against children, and mind control.

Black Widow is a fun summer action/superhero movie with decent dialogue and humor that’s definitely worth the ticket price. The lack-luster stakes, pacing issues in the second act, and poor timing (this should never have had to have been a follow up to the Avengers) keeps Black Widow from being one of the top-tier MCU movies.