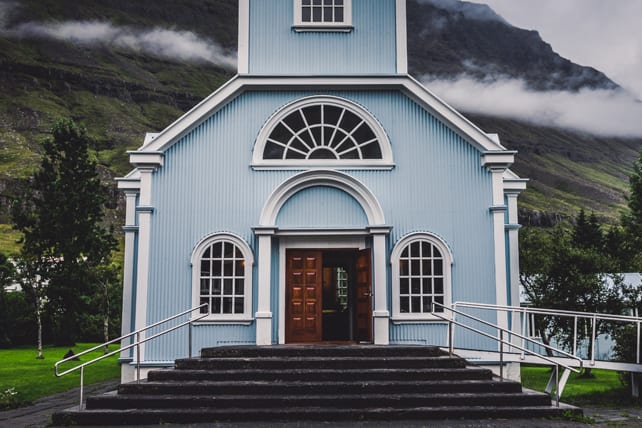 Almost every week we post a reminder to attend church. Every week we are met with the same responses. It has become so consistent that we have decided to address the three most common responses in a helpful article. This way, we can reference this article instead of rehashing the same tired arguments week in and week out. If you find you were sent this article, please understand that we are have had the same arguments literally every week. This is just easier. So, feel free to read the entire thing, or scroll down to your claim and read it by itself. Either way, we hope that this sheds some light into the discussion.

The Bible Never Says Anything About a Building

You are correct. The Bible mentions nothing about where the Church must meet. It does, however, say on several occasions, places where they do meet. This is not a requirement. This is a place that we see in the text that is descriptive language, not prescriptive language.

When Paul writes in 1 Corinthians 16:19 “The Churches of Asia send you greetings. Aquila and Prisca, together with the church in their house, send you hearty greetings in the Lord.”

Notice the language that is used there. There is not a command to meet in the house. Paul is simply using descriptive language to describe the Church that sends the greetings along with Aquila and Prisca. This is not a command. We should not take it as such because the very idea of the Biblical Church has nothing to do with location. The gathering of believers are those who have come together with the unified goal of worshipping Jesus Christ.

We Worshipped on the REAL Sabbath

Congratulations. You have gathered with your local church body on the day that you believe the Lord has instructed. That is a wonderful thing. However, to use this as a way to condemn other believers is in direct violation of Colossians 2:16-17:

“Therefore let no one pass judgment on you in questions of food and drink, or with regard to a festival or a new moon or a Sabbath. These are a shadow of the things to come, but the substance belongs to Christ.”

The first day of the week is seen as a day when the early church gathered together as seen in Acts 20:7.

This argument is often rooted in an bad understanding of what, exactly, the Lord’s Day is. To say that we gather to worship on Sunday is because of the Old Testament Sabbath would be incorrect. This is not to say that we should avoid the Sabbath. The 1689 Second London Confession of Faith, Chapter 22 Paragraph 7 gives a good summation of the topic.

I Don’t Need to go to Church, I AM the Church

One can argue about whether the command in Hebrews 10:25 is specific to the gathering of the local church. Well, one shouldn’t argue because it seems clear, but this is 2021 and people will argue about it regardless. Even if we concede that Hebrews 10:25 has nothing to do with the gathering of the local church, the context of the New Testament says otherwise.

Taking away the verse in Hebrews, there really isn’t a command to gather for what we consider to be church. Why is that? Lets examine the context. Jesus states in Matthew 16 that the gates of hell will not prevail against the Church.

The entire book of Acts details the beginning of the New Testament Church.

Almost every Pauline epistle is written to a Church:

The reason that there is not an EXPLICIT command to go to “church” is because the Bible assumes it.

If that were not the case, why would the Holy Spirit write to specific churches? Why would we see how the Church is supposed to conduct itself in Acts? Why would there be qualifications for who can and cannot lead? If the Bible did not presuppose this then this would not be in the biblical text.

Unlike the other two claims, this one does have an ounce of truth to it. That is not to say that we don’t need the Church. We very clearly do need a group of brothers and sisters that can hold us accountable, but there is truth in the sense that we are the Church. There is a clear distinction in the difference between the Universal Church and the local church. The Universal Church is the entire collective body of believers throughout the world. We are all one, united under the authority and banner of the Gospel.

The local church, however, is a body of believers that gather for corporate worship. They have collectively submitted themselves to the pastoral authority of the church and have decided to live in Christian fellowship with one another. While the Universal Church is a beautiful thing, we will never worship together in its entirety this side of glory. Christians in Afghanistan will likely never worship with believers in Arkansas on earth.

As a result, the local church plays an important role in the life of the believer. We are to bear one another’s burdens (Galatians 6:2), hold one another accountable (Matthew 7) and worship together (Acts 2). We cannot do that with the entirety of the global body. That is where the local church comes into play.

We can argue about whether the Church is conducting itself in a proper manner consistent with the biblical teachings. To say that the local church is not important though is to deny the very clear teachings of the biblical text.

The fact is simple: Don’t say that you love the Lord if you hate His Body.