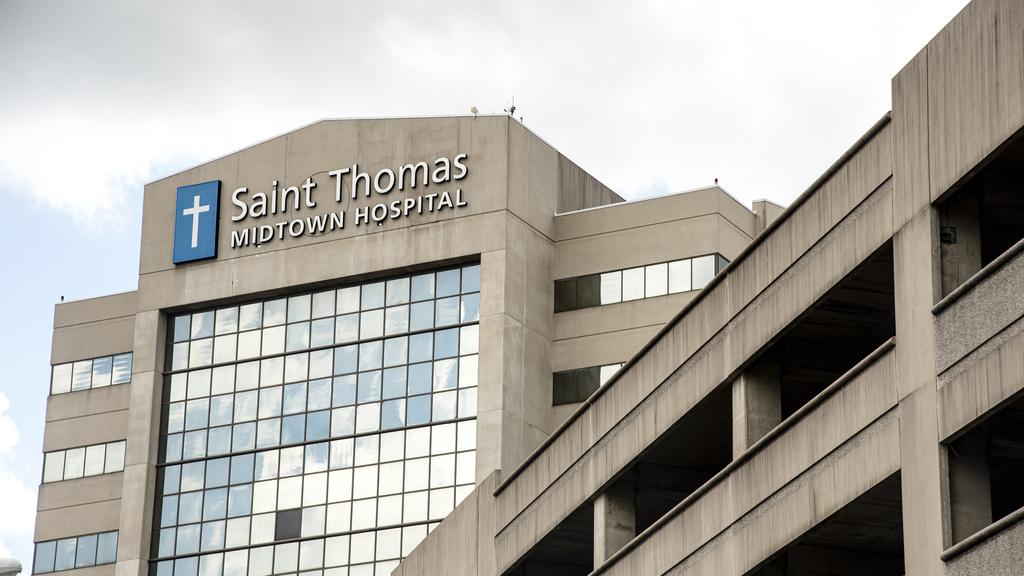 “I have never seen a high blood pressure like this, and it ends with the mother not walking out of here.”

Those words sent chills down my spine. You hear of these topics being discussed in the pro-life debate, but when you are faced with the question in the real world, it changes everything. I was 25 and married for only 3 years. I was facing the possibility of not only losing my daughter but leaving the hospital as a widower.

I collapsed in the hallway of St. Thomas in Nashville, TN, and wept. I only wanted to sneak off while my wife slept and get a cup of coffee. Still, instead, I was met with overhearing the conversations the nurses were having about my wife. You see, my wife had preeclampsia. She started showing symptoms in February when we were in Ohio for a friend’s wedding. Still, it became worse when we returned to our home in Tennessee. After many doctors’ appointments, tests, and a few trips to the hospital, it was decided to transfer her to Nashville to a hospital that could handle a delivery at 35 weeks. This was when I was confronted with questions I never wanted to answer.

“I swear, man. If my wife goes into labor tonight, I will be so mad. I slept like garbage last night, and I just want one last solid night of sleep.”

Little did I know that those words would be prophetic.

I was on my lunch break at work when I got the text from my wife that her stomach hurt. Thinking that she was dealing with contractions, I jokingly said I just wanted one final night of sleep before the screaming started. I was unprepared for what would happen in just a few hours.

At 3:00 pm I got off work and picked my wife up. We both worked at the same nursing home (myself in maintenance and my wife as a night receptionist) and were next to the hospital. My wife decided to check her blood pressure by the wing nurse, and, to no one’s surprise, it was slightly elevated. A quick phone call to her OBGYN, and they told her to relax and keep her feet elevated. That was until she mentioned the stomachache.

“Get to the hospital right now. Go to Labor and Delivery. Do NOT wait. Your doctor will meet you there.”

This began a whirlwind of doctors, nurses, ambulances, and silent tears shed in the bathroom.

She was transported via ambulance to St. Thomas in Nashville, where she was immediately put on a magnesium drip. My wife was facing a hypertensive crisis, and a magnesium drip would not stop it. Her vision became blurry, her head was pounding, the lights were turned off, and the monitor was silenced. With every alarm and with every beep, it became more and more apparent what was going on.

“I am just going to turn the monitor from you, so the light won’t bother you anymore.”

This seemed like a nice sentiment until I saw the numbers: 252/174. She didn’t turn the monitor because of the light. She turned the monitor so we couldn’t see the numbers. But I did. My heart was racing at what that meant. I did my best to comfort my wife. I tried to stay as calm as I could, but deep down, I was sure I was leaving the hospital alone. The conversation I overheard only seemed to solidify my fears.

On March 5th, 2015, we welcomed our daughter into the world.

I will never forget when I first saw her as she was wheeled out of the operating room connected to an oxygen tank. My life was forever changed at that moment. I could not be more thankful for it.

After my wife was brought back to her room following the emergency C-section, her nurse from her first night there came in and said the words that I was sure would happen a few nights prior. With tears in her eyes she told my wife, “I was certain that you weren’t going to make it. I am so glad that you’re okay.”

As all of this was going on, I was faced with the question of what would happen. I was unsure about what would take place, and I was afraid they would recommend the termination of the pregnancy. I had expressed this fear to the doctor much later at a post-birth follow-up. The doctor looked at me like an idiot and said,

“Why would we have done that? Our goal is never to abort but to save both”

You see, this situation was not extreme. Yes, my wife’s blood pressure was absurdly high, and there was a legitimate fear that she would have a stroke. The fear that my wife and daughter would be lost was very, very real. But it is by no means extreme.

“But what about the life of the mother?”

This question is one that many Christians struggle with when dealing with abortion. It is one of those “damned if you do, damned if you don’t” catch-22 situations. Many medical emergencies warrant extreme measures to save the mother’s life. However, it is essential to remember that the goal isn’t to abort a child.

The goal is to keep the child. Even in extreme circumstances, delivery is always the goal.

That said, sometimes the delivery is almost a death sentence. For instance, a young woman is 28 weeks pregnant. Her placenta detaches from the uterus and thus limits the amount of oxygen and nutrients the baby can get, as well as causing severe bleeding in the mother. Most commonly this happens in babies after 28 weeks of gestation. As such, the mortality rate for the child is 15%. Meaning that the baby has an 85% chance of survival. Why? Because the baby is past the point of viability. Delivery is an option.

Another common situation where many will argue that the baby should be aborted to save the mother’s life is in the case of a ruptured water bag. Again, this can cause severe complications and usually results in severe infection within 48 hours. However, this does not mean that an abortion is necessary. Why? Because the child can be delivered.

While the chances of survival may be slim, and the child will likely die, that is not the same as an abortion.

That results from a medical complication beyond the doctor’s or mother’s control. We must consider that the odds of a child surviving before the point of viability are continually growing as the decades go on.

In 1973, when the Supreme Court ruled on Roe v. Wade, 28 weeks was the point of fetal viability. Due to advancements in medicine, that number has decreased to roughly one week per decade. Now, 23-24 weeks is considered the point of viability.

The facts are clear: There is no medical reason for a mother to have an abortion to save her mother’s life.

There are situations where treatment for an alignment of the mother will result in the child’s death or may cause harm to the child, but that is not an abortion.

There are situations where a child must be delivered that may result in the child’s death, but that is not an abortion.

Sometimes, a mother will have to choose whether or not to treat a debilitating illness. This may result in the child’s death, but that is not an abortion.

Elective abortion is the voluntary removal of a pregnancy.

Treating the child or mother is not an abortion.

Delivering the child is not an abortion.